On Saturday October 17, Engine 18 headed north to Delaware County Station 39 for a cover assignment during the Lower Chichester Fire Departments 100th Anniversary Banquet. While on our way up, Claymont Station 13 was alerted to a Commercial Structure Fire at Harry Savoy's Restaurant on Naamans Road. Engine 18 was at Ridge Road and Naaman's Road and made the response. Engine 18 and arrived at the same time as Engine 13 and picked up the second due engine assignment. While the driver was securing the water supply, the crew stretched the 300' hand line off of Engine 13 and preceded into the kitchen where the fire was reported. The crew assisted the crew from Engine 13 in extinguishing the fire, checking and suppressing hot spots in the attic area above, and opening up.

Once cleaned up from the Claymont Box, Engine 18 preceded back to Station 39 where they stood by from 3:30pm until 11:30pm. During that time, the crew responded to three medical assists.

The crew would like to thank Lower Chichester for their hospitality and congratulate them on 100 years of service to their community. 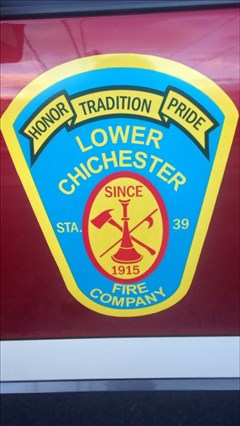 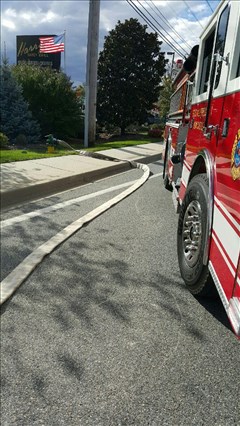